Thanks go to Jim Groom, who mentioned the “If we don’t, remember me” collection in his blog, Bavatuesdays. It contains animated gif files from classic movies that can be inserted into blog posts. Check them out. They are really fun!

Eben Moglen gave a talk entitled: “Before and After IP: Ownership of Ideas in the 21st Century” at the Grad Center last week. An audio recording is available on the Commons. From a ridiculously high-level, here’s my one sentence summary: the world needs more Einsteins and Shakespeares, and they are out there, but they don’t have access to knowledge, largely due to the Draconian way publishers lock up resources. Dangerous words for us librarians, sworn to protecting copyrights, and who fall back on the Open Access movement as our way of addressing this issue.

But the Edupunks are coming!

Back to the animated image above – copyright infringement or original work? Interestingly, the collection of gifs was created anonymously on Tumblr.com, so maybe the artist had concerns too. I don’t know much about the process of creating animated gifs, but basically a number of frames from the movies were taken (I guess you might say stolen) and re-processed. Whether this is substantive enough to pass the copyright litmus test for a derivative work, I don’t know. It could be argued that this type of video re-working is equivalent to Pop artists drawing pictures of soup cans, or even Ted Turner colorizing Woody Allen’s “Manhattan.”

There’s no doubt that today’s technology opens up a lot of thorny copyright issues. YouTube is always on the look-out for copyright infringers on the upload side (they don’t want to be sued). Once a video is marked public, YouTube is great about allowing it to be shared anywhere. Flickr differs from YouTube in that the photographer has more granular control over the rights to his or her photos.

Somewhere in his speech, Moglen claimed most non-literary authors don’t mind having their works reproduced or altered, as long as they are given credit for them. Attribution means a lot to people. Moglen is of course a big proponent of open source and open access, and feels that sharing knowledge on the web is essential and commonsensical.

Edupunks – those DIY self-learners considered by some as university “parasites” – depend upon an open and free internet to explore and create. They take “Fair Use” to the absolute limit. They are extremely interesting, and librarians should to be aware of these growing movement. And check out the picture of Jim Groom, “Edupunk’s poster boy” – Wikipedia.

Embedded below is a five part dialog between Jim Groom and Gardner Campbell, entitled “Edupunk Battle Royal,” put together by Educause, that explores the term “Edupunk” and its implications. 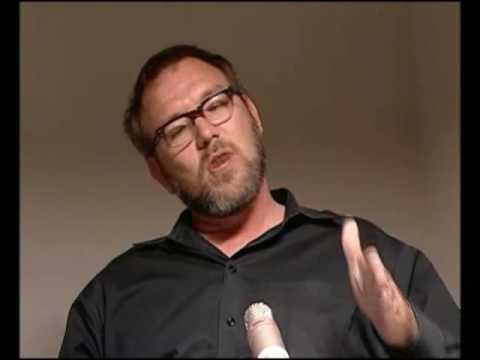 Appended below is the Wikipedia “Edupunk” article.

Need help with the Commons? Visit our
help page Send us a message

Built with WordPress | Protected by Akismet | Powered by CUNY